As a Catholic, Christian school, our difference lies in the fact that we are a worshipping community.

Each Year group will experience forms of Eucharistic celebration or liturgical celebrations throughout the year. A Christmas Carol Service is celebrated with pupils and their parents.

The experience of prayer is an integral part of Religious Education and school life at All Saints. There are opportunities for Staff Prayer and Reflection on Inset days. It is hoped to offer the sacrament of Reconciliation to all during Lent. Form tutors pray with their forms every day using liturgical materials devised by the College. The College Chapel is available for use by all during the day.

It is part of our College mission that all staff in the school are actively involved in preparing for masses and assemblies, and the RE department supports staff in this.

Inspire us to be excellent in everything we do at All Saints.

Help us to respect all members of our community.

Enable us to use our gifts and talents to the best of our ability so that we succeed on our chosen path. 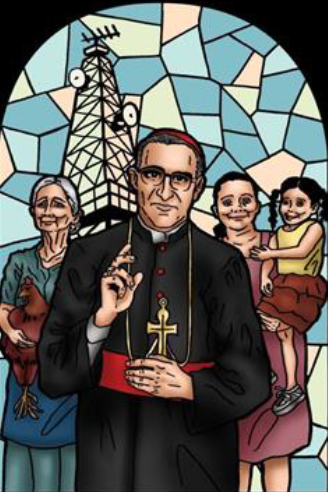 Oscar Romero was a martyr. He was also a person who spoke out against injustice, despite his life being threatened.

Many would like the poor to keep on saying that it is God's will for them to live that way. It is not God's will for some to have everything and others to have nothing

You spoke out in defence of the poor and oppressed people of El Salvador and became known as 'voice for the voiceless'.

Pray for me to be brave enough to speak up when I see injustice around me, in my neighbourhood or elsewhere in our world. 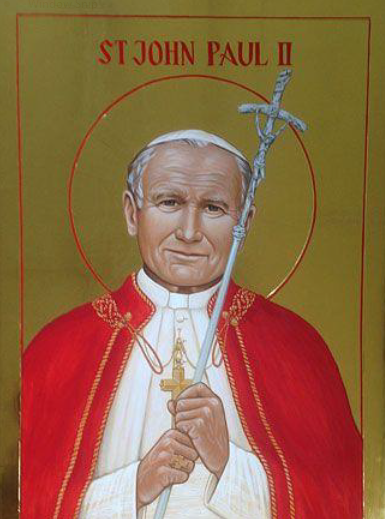 Pope John Paul II is remembered for his successful efforts to end communism, as well as for building bridges with peoples of other faiths and initiating World Youth days.

He visited 129 countries during his time as pope. He preached to the world his messages of religious freedom, national independence and human rights.

Bless the young, who were your great passion. Help them dream again, help them look up to the heavens again to find the light that illuminates the paths of life here on Earth.

Pray for the whole world, which is still marked by tensions, wars and injustice. You opposed war by invoking dialogue and planting the seeds of love: prey for us so that we may be tireless sowers of peace. 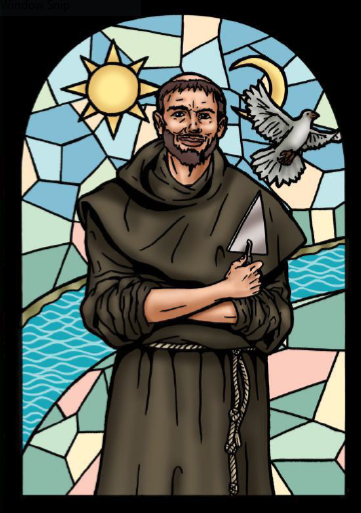 Patron saint of animals and ecology; full of love and repect for all of God's creation; founder of the Franciscan Order.

These words adapted from St Francis Canticle of the Sun, show what he felt should be the attitude of all Christians: worship pf the Creator, who gifts us with the earth and all its goodness; humble gratitude for all God's gifts; and showing respect for the Creator, through respect for every person and the whole of creation.

Let all things their Creator bless, and worship him in humbleness.

Your example shows us how we should live in respectful solidarity with our sisters and brothers who lack the good things of the earth.

Your actions are an example of how we should care for creation, how to be joyful and generous in our service of our loving God, and how to open our eyes to the presence of God in everyone.

Help us to be like you, sharing the joy and compassion of God with all whom we meet, and treating everyone and the whole of creation with reverence and respect. 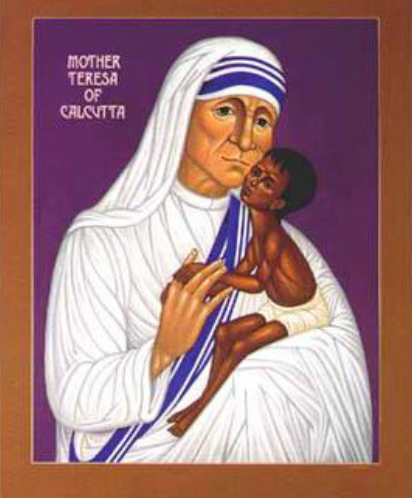 Mother Teresa's entire life was fully devoted to helping the poor, the sick, the needy and the helpless.

Love begins at home, and it is not how much we do...but how much love we put in that action.

You were generous and joyful in answering God's call, and you happily shared the gifts you had been given. When you recognised the need of others, yo overcame obstacles and prejudice by your prayer and your commitment to those living in poverty.

Open our eyes to the needs of others; remind us that Jesus calls us to serve our sisters and brothers, and to bring love and joy to those around us. 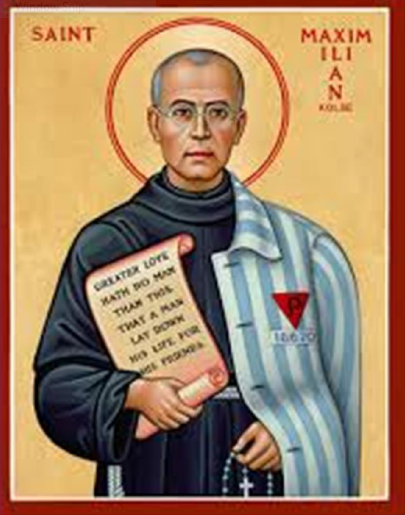 Saint Maximilian Kolbe was a martyr. He was also a person who by the words and good deeds gave hope where there was despair.

No one in the world can change truth. ...

Amidst the hate and lonely misery of Auschwitz, you brought love into the lives of fellow captives, and sowed the seeds of hope amidst despair. You bore witness to the world, by word and deed.

Help me to become more like yourself. To the hungry and oppressed, the naked and homeless, the scorned and hated, the lonely and despairing, may I proclaim the power of Christ's love, which endures forever and ever. 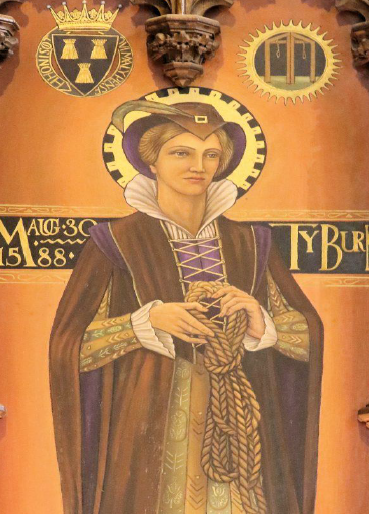 Saint Margaret Ward was a martyr. She helped a priest escape from England and was imprisoned and tortured.

Had she changed her faith she would have survived but she refused and was killed for that.

You must love your neighnour as yourself... Matthew 22: 39

Pray for peace in our hearts and trust in the presence of Jesus around us. May we continue to work together for the common good of all, as with each other, and united with all those who have gone before us, we pray - Our Father...

St Peter's is a joined parish with St Raphael's Stalybridge.